How they could drastically increase energy efficiency

Mariel Baker November 12, 2022 Supercomputers Comments Off on How they could drastically increase energy efficiency 4 Views

Traditionally, “quantum supremacy” is sought from the point of view of raw computing power: we want to calculate (much) faster.

But the question of its energy consumption could now also justify research, current supercomputers sometimes consuming as much electricity as a small town (which could also limit the increase in their computing power). Information technology, meanwhile, accounted for 11% of global electricity consumption in 2020.

Why focus on the energy consumption of quantum computers?

Since a quantum computer can solve problems in hours, while a supercomputer can take tens of billions of years, it is natural to expect it to consume much less energy. However, making such powerful quantum computers will require us to solve many scientific and technological challenges, potentially spanning one to several decades of research.

A more modest goal would be to create less powerful quantum computers capable of solving calculations in a time relatively comparable to supercomputers but using much less energy.

This potential energy advantage of quantum computing has already been discussed. Google’s Sycamore quantum processor consumes 26 kilowatts of electrical power, much less than a supercomputer, and runs a test quantum algorithm in seconds. Following the experiment, the scientists came up with classical algorithms to simulate the quantum algorithm. The first proposals for classical algorithms required much more energy – which seemed to demonstrate the energy advantage of quantum computing. However, they were soon followed by other, much more energy-efficient proposals.

Therefore, the energy advantage is still subject to caution and is an open research topic, especially since the quantum algorithm produced by Sycamore has no “useful” application identified to date.

Superposition: the fragile phenomenon at the heart of quantum computing

To know whether quantum computers can be expected to provide an energy advantage, it is necessary to understand the fundamental laws by which they operate.

Quantum computers manipulate physical systems called qubits (for quantum bits) to perform a calculation. A qubit can take on two values: 0 (the “ground state”, with minimum energy) and 1 (the “excited state”, with maximum energy). It can also occupy a “superposition” of 0s and 1s. How we interpret superpositions is still the subject of heated philosophical debate, but, put simply, this means that the qubit can be “both” at the same time. state 0 and state 1 with certain associated “probability amplitudes”.

Previous Are you looking for the most useful gift? Look to the cloud
Next 5 Current Female Superstars Who Haven’t Appeared On WWE Programming In Over 30 Days 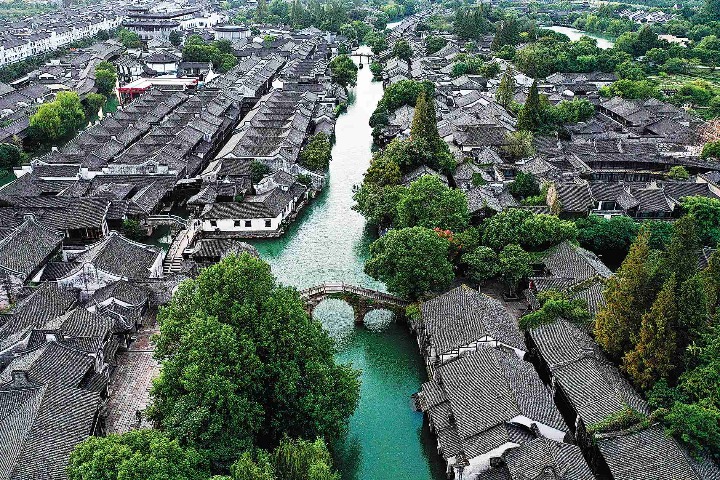 An aerial view of Wuzhen, the permanent site of the World Internet Conference. [Photo/Xinhua] As …